How utilities are using children’s theater to drive energy efficiency

A young game show contestant is asked to name the last word in the title of this 1930’s movie: “Gone with the…” But before the kid can answer, another contestant named Alan cuts him off with the wrong answer. After the child offers the correct answer, Alan demands that the game home show host tell him why there are no chickens on wind farms.

“There aren’t any chickens, Alan!” the rattled game show host says. “No roosters, no ducks, no cows, no nothing! Now get back to your spot.”

At this point, you’re probably asking yourself: What does this have to do with utilities? Glad you asked. This loopy game show is part of a performance from the National Theatre for Children (NTC). Since 1978, the  troupe has brought sketch comedy to schools to spread the word about energy efficiency, water conservation, smart meters and other topics that don’t immediately lend themselves to performance.

Though it may be hard to believe, these performances are helping utilities engage their customers and reduce energy consumption.

The premise of the NTC shows is: If kids learn about energy efficiency in an engaging way, they will likely tell their parents about what they’ve learned.

After watching the shows, kids bring home energy efficiency starter kits to their parents. Besides the prized glow-in-the-decoder ring, the kit includes a low-flow shower head, a night light, compact fluorescent light bulbs and other devices.

In essence, NTC is hired by utilities to execute the “trickle-up theory,” said Ward Eames, NTC’s president. The aim is for kids to “learn something, be emotionally touched by it, go home and take action.”

Saving a little money on electricity bills might not motivate parents to install energy efficient devices, Eames said. But when kids ask about it, and it’s a part of family life, “then all of a sudden it becomes something to pay attention to.”

Southern California Edison, Florida Power & Light and Duke Energy are among the utilities that have contracted with NTC. The troupe’s performances reach about 2.8 million elementary and middle school children across the country each year, Eames said.

The shows bring results, Eames said. Virtually all utility clients are required to do third-party evaluations of actual efficiency devices installed, energy savings, and other measures of success.

He pointed to an independent evaluation prepared for Duke Energy after it sponsored a show this March. The report found that that of the 10 efficiency devices included in the kits, six of the items were used or installed at a rate of 45.8% or higher. The evaluation recommended developing a second kit, so the theatre troupe can visit a school more than once in a three year period.

Eames said utilities should take note of NTC’s model for engaging customers, given the coming disruption in the marketplace. A key way to prepare for disruption, Eames said, is to ensure that “your customers are engaged with you, that they care about you and that you care about them.”

Can a repeat of the crisis in Texas be avoided? Yes, by building resilient operations

Utilities should take a broader view and proactively consider leading indicators of current and future vulnerabilities that could threaten their operations and cause service disruptions [...]

POWER Engineers, Incorporated said it is strengthening its services to the Rocky Mountain region with the acquisition of Colorado-based Salient Power Engineering LLC. Salient Power is an approximately 25-person, private firm with offices in Wheat Ridge, a suburb of Denver. The electric power system consulting firm has specialized in substation and power system studies, as […] [...]

Homeowners and an environmental group are asking federal regulators to step in over Alabama Power’s fees on home solar panels [...] 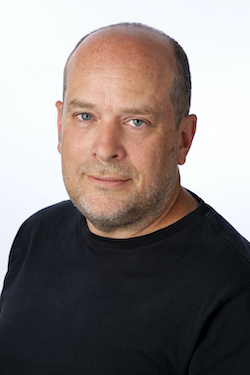 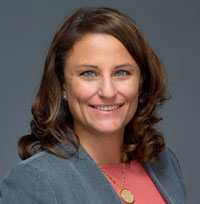