Using wood pellets made from hardwood trees cut down in eastern North Carolina and Virginia forests will produce two-and-a-half times more carbon pollution than continuing to burn coal for 40 years and more than three times coal’s carbon over 100 years. That is according to a new analysis by carbon lifecycle modeling experts Spatial Informatics Group (SGI).

To illustrate its point, the analysis used sourcing information directly from Enviva, a U.S. supplier for U.K. power company Drax.

SGI says that, ironically, the increasing demand for the wood pellets that Enviva makes from U.S. forests stems from U.K. policies intended to lower the carbon pollution responsible for climate change — specifically, the U.K.’s Department of Energy and Climate Change’s Biomass Emissions and Counterfactual Model.

“It’s just common sense to make sure that what’s counted as cutting carbon pollution actually cuts carbon pollution,” said Derb Carter, a senior attorney at the Southern Environmental Law Center (SELC), which has been investigating the sourcing of wood pellets in the Carolinas and Virginia. “Cutting down hardwood forests in the Southern U.S. to replace burning coal in U.K. power plants doesn’t reduce carbon pollution, but substantially increases carbon emissions over many decades. Accurate carbon accounting by the U.K. would lead to renewable energy sources that benefit rather than harm our climate and would save the natural forests and wetlands crucial to the Carolinas and Virginia.”

Despite claims to the contrary over the past several years, Enviva now concedes that it uses whole trees at its pellet plants, according to the Southern Environmental Law Center, which includes tree trunks, tops and limbs from clearcut hardwood forests.

In submissions relating to compliance with the EU Timber Regulation, Enviva disclosed that each of its existing plants in North Carolina and Virginia relies on approximately 80 percent or more hardwood input.

For more:
– see the report

Granholm sworn in as 16th Secretary at U.S. Department of Energy 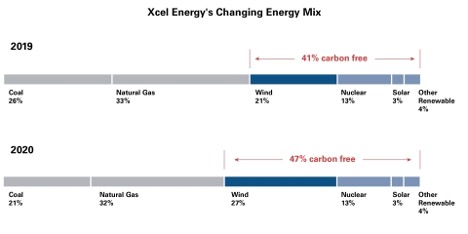